The Winnock Hotel dates back to the late 1700’s and throughout history has always offered lodging to weary travellers passing through by Loch Lomond and the Trossachs areas.

Formerly a coaching inn, The Winnock Hotel has been lovingly restored and tastefully extended to its present day form. Offering 73 bedrooms, cosy lounges; many with open log fires, a characterful restaurant, function room and public lounge bar, the hotel has many things in common with its historic counterpart with one striking similarity – friendly, welcoming service. Guests take time to savour the fine food, wines, ales and whiskies on offer from our Merlin Restaurant and Ptarmigan Bar, idling the time away planning their days adventure in the light and airy Conservatory or snuggled up by one of our log fires.

Loch Lomond (‘Lake of the Elms’) is a freshwater Scottish loch which crosses the Highland Boundary Fault, often considered the boundary between the lowlands of Central Scotland and the Highlands. Traditionally forming part of the boundary between the counties of Stirlingshire and Dunbartonshire. Its southern shores are about 23 kilometres (14 mi) north-west of the centre of Glasgow, Scotland’s largest city. The Loch forms part of the Loch Lomond and The Trossachs National Park which was established in 2002.

The loch contains many islands, including Inchmurrin, the largest fresh-water island in the British Isles. Loch Lomond is a popular leisure destination and is featured in the song “The Bonnie Banks o’ Loch Lomond“. The loch is surrounded by hills, including Ben Lomond on the eastern shore, which is 974 metres (3,196 ft) in height and the most southerly of the Scottish Munro peaks.

Only a small number of single rooms available. 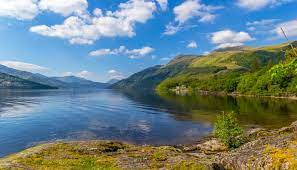 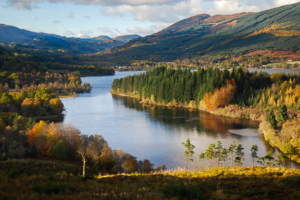 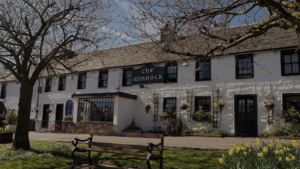